From the east end of Montauks town beach to the Light House you’ll see formations cut out of the bluffs called Hoodoos. Long Island is the byproduct of the last glacial period, about 50,000 years ago the glaciers edge was stalled on what now is the south shore of long Island. For about a 1000 years the glaciers rate of advance matched its rate of melting depositing rocks, sand, and gravel that became the long Island coat line. On the glaciers retreat the fine sediment of the cliffs make up was actually pushed up from the bottom of the ocean.

This would be Mother Nature’s canvas to cut castles, steeples, and pyramids from the bluff, made just right of the clay and stone mix so rain could be natures brush. Shadmoor’s cliffs are part of a line of seven miles of coastal bluffs that run from Hither Hills to Montauk Point, the only such ocean bluffs to be found in New York State and the only ones to be found between here and the Caribbean, nearly 1,700 miles to the south.

The bluff face is peculiarly fluted into a series of unique up-and-down, razor-sharp parallel ridges which geologists call “hoodoos”, after similar parallel ridge formations found along slopes of some of our Western mountains.  These hoodoos owe their creation to an unusual combination of erosive forces. Wind and sea water works the face of the bluffs, shaping its slope, or line of repose, say about 30 to 50 degrees relative to the plane of the beach.

Because of the presence of impervious horizontal clay seams beneath Shadmoor’s surface, some of which dip toward the ocean, rainwater that enters the soil, percolates through, and then hits these clay seams, cannot penetrate, and runs down them, ultimately exiting onto the face of the bluff.
The water, having escaped the clay, runs down the bluff face, creating gullies. Over time the gullies deepen, leaving behind the steep sides of the flutes, which resist erosion by way of their high clay content. It cements soil particles and stones together in a kind of breccia, not unlike hardened cookie dough.

Breccia is a term most often used for clastic sedimentary rocks that are composed of large angular fragments (over two millimeters in diameter). The spaces between the large angular fragments can be filled with a matrix of smaller particles or a mineral cement that binds the rock together. A once-in-a-century storm can come along at any moment, wipe the bluff face clean of these hoodoos, and the process will start all over again.

When Shadmoor was finally freed from the glacier’s yoke, it was left high and dry in the form of a barren mesa perched well above the shore. It was dimpled with small depressions and ruts that collected water from precipitation and drained some of it into the ocean, but more of it ran for more than a mile overland, all the way to the basin that is now Lake Montauk. 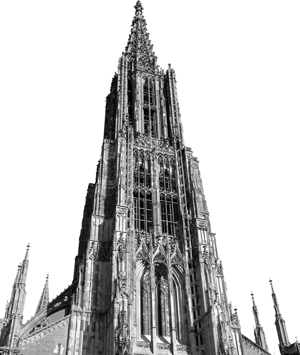 From day one Shadmoor’s watershed was a major contributor to that freshwater pond, up until the mid-1920s it was the largest one on Long Island. Over time these ruts grew larger and deeper, giving the area in which Shadmoor lies the name “Ditched Plain,” now “Ditch Plains.” These miles of ditches work their way down the back slope of the bluffs running east and northeast, eventually coalescing before they run into the lake at its south end via the so-called Oceanside drain.If you haven’t already, be sure to visit Shadmore Park and enjoy the walk that takes you along the ocean where you can view the natural beauty of the cliffs, a variety of wildlife, and even some leftover WWII bunkers.