Welcome to this month’s edition of Montauk Fire Department Corner. Hoping that everyone had a pleasant and safe Easter and Passover. Spring is here and it’s time to start getting ready for the warmer weather and visitors to Montauk. 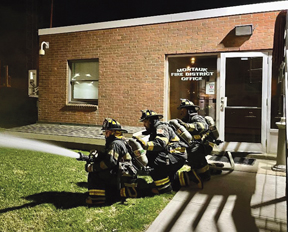 The Montauk Fire Department’s March drill was held on Monday, March 28th at Rough Riders condominiums, not too far from our fire house. The drill was well attended and the training cycle was successful. This drill and all the Department’s monthly training is orchestrated by the department Training Officer Steve Seize. Steve 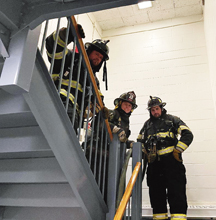 does a remarkable job of providing the Department with monthly updates and the latest in exciting training revolutions. Thank you, Steve.

Fireman Seize also is responsible for the training for probationary firefighters. In March the new firefighters under Steve’s direction conducted hose drill training at the Montauk tennis courts and at the fire house. Pictured in this training is Montauk’s Thea Grenci, Will Field, Frank Tuma Jr., and Angel, who is from the Springs Fire Department. 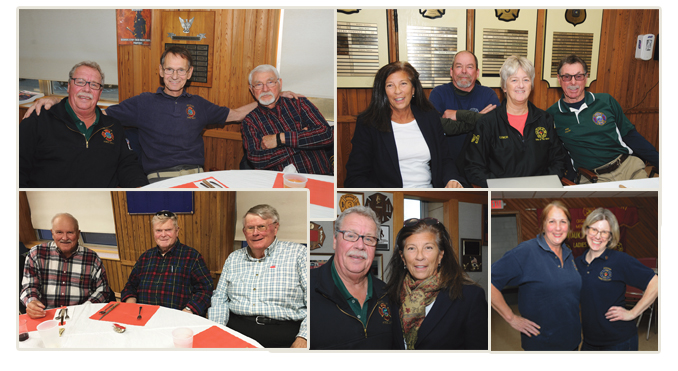 That’s it for this month’s edition of Montauk Fire Department Corner. Thank you for keeping abreast of the activities of the MFD. See you next month.