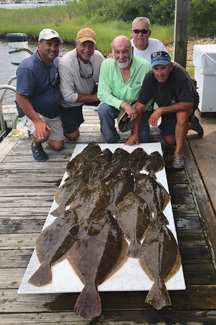 I can only hope that the upcoming 2020 season is as good, if not better, than the 2019 season was! Granted there were some lulls for some species, but all in all, you really can’t complain about the action!

For example, the Fluke opening on May 4th started with a bang. Action was great for about a week and anglers were thrilled. Then it tapered off as that first batch of fish moved on through. It then became the usual arduous pick, but on a good note, the action in the rips was crazy at times with lots of shorts providing amazing action! The huge amount of juvenile Fluke is definitely a good sign for the future, just as the huge number of juvenile Black Sea Bass back around 15 years ago blossomed into the great biomass we have now. The Fluke remained steady till the closure, you just had to search them out, and boy did they cover some ground! Despite their erratic behavior there were some really nice 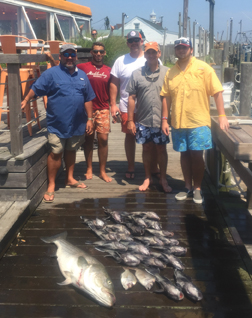 Striped Bass rolled into town pretty much on time and the bite was good, but then they just kept on going. There were some that stayed, the rest kept on their way to the east, and I mean Massachusetts & Maine. There was a fair number of fish at Block Island and loads of bait to hold them there, the Rhode Island DEM & Coast Guard were also there making sure everyone stayed within the 3 mile limit. It is illegal to fish for & possess Striped Bass over 3 miles from shore. It’s an old regulation that could possibly be revised, we’ll have to wait and see along with possible new regulations regarding the size limits for Striped Bass.  Porgy & Black Sea Bass will hopefully remain the same. 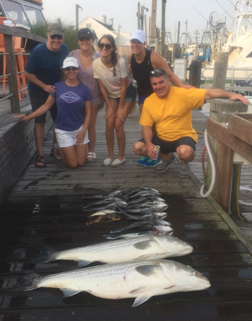 Offshore Sharking & Tuna fishing in 2019 was excellent , providing anglers with great action and table fare. The Tuna even showed up inshore as well. The giant schools of Bunker off Hither Hills & Ammagansett brought the giant Tuna almost into the surf!! It was amazing!!

Offshore Tuna fishing was the best in years, consistent catches were done on a regular basis.

Hope everyone had a great Holiday season and just want to wish everyone All the Best for 2020!!! Health wise, Prosperity wise, and Fishing wise!!