Though Doug Gray recently turned 70 years young, he sees no end to the road that lies ahead for The Marshall Tucker Band, — and I don’t intend to stop.” May the MTB wagon train continue running like the wind on a long hard ride for many more years to come. One thing we absolutely know for sure: If you heard it in a Marshall Tucker Band song, it can’t be wrong. www.montaukmusicfestival.com for ticket info 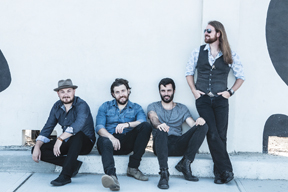 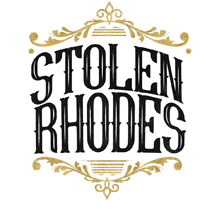 Stolen Rhodes performance Combining blues and rock with a touch of country and a heap of nostalgia, Philadelphia, PA (USA) rockers Kevin Cunningham (guitar), Jack Zaferes (bass), Matt Pillion (vocals, guitar, keys, saxophone) and Larry Shotter (drums) have spent the past year and a half touring in support of their critically acclaimed Slow Horse EP. The tour included over 250 dates plus festivals such as SXSW,  Montauk Music Festival, Sturgis, Daytona Bike Week, and Rocklahoma. They opened for iconic artists such as Lynyrd Skynyrd, Robert Randolph, Drivin’ N Cryin’ and Blackberry Smoke. They also spent a month touring as support for the Marshall Tucker Band. Their energetic, crowd-pleasing performances subsequently led to spots on Skynyrd’s final Simple Man Cruise and the Lebrewski Cruise playing with Molly Hatchet, O.A.R. and Blackfoot. www.stolenrhodes.com 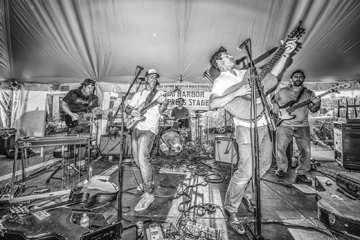 Voted Best Band in the Hamptons by Dan’s Papers – is a high energy, harmony-soaked cocktail of American music. Singer/songwriters Telly Karoussos, and ‘Alabama Brad’ Penuel deliver big harmonies and authentic songwriting that transcend the ‘Americana’ genre and has attracted a devoted multi-generational fan base.

The brotherhood that is Hopefully Forgiven began shortly after a chance meeting through an internet post when Brad offered his Brooklyn railroad apartment to Telly in exchange for watching his dog.  After sizing each other up and realizing they shared a passion for music and surfing, Brad said “I think this will work. My house is yours– you can even play my guitar if you want….just don’t touch my boots.”  Telly didn’t and they, along with Ben Goodale (Bass) and Fred Trumpy (Drums), soon began working up their songs, along with classics by the Stones, the Band, Van Morrison, etc. and the course for Hopefully Forgiven was set. Hopefully Forgiven has recorded with Rick Davies (Supertramp), Chuck Burgi (Billy Joel), and currently has a song on SiriusXM Coffeehouse Radio.  They will be recording an album this spring (‘20) with Downtown Music Group (NYC) and touring extensively at venues and private events nationally. www.hopefullyforgiven.com