Already the 2016 Montauk Music Festival is compiling a line-up of diverse and talented musicians. Ken and I spent an evening in Manhattan at the Rockwood Music Hall checking out a CD release of one of our new performers for 2016, The Gary Douglas Band. A fifteen year home-owner in Montauk, Gary Douglas spends a lot of time with his wife and children enjoying all that Montauk and the east end has to offer. His band even performed at Steven’s Talk House for the past two summers. 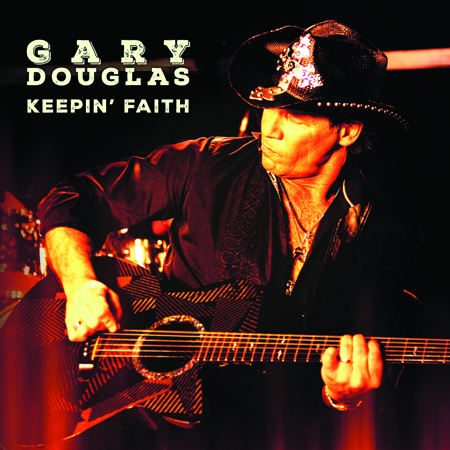 Rockwood’s reminded me of an intimate old time music room, dimly lit and buzzing with anticipation for the music to start. As the band opened with “Faith” a single from their new album Keeping the Faith the room exploded with soulful sounds and the audience responded in kind.  Their first single “To Be With You” was next. With the intimate blending of vocals and instrumentals, it’s no wonder this sax infused song is already being played on over 20 radio stations and is nominated for a first round Grammy pick for song of the year and best pop performance.  Although I enjoyed each song, one of my favorites was the Blues tune “Every Time I Pray”. His voice captivated the audience with its soothing, gruff bluesy tones. 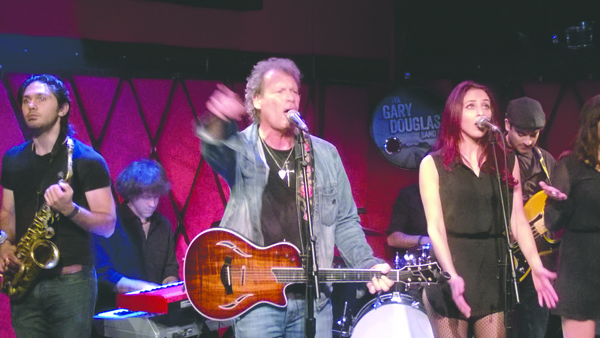 Gary has been described as a Blues Rocker – with a genre of Rhythm and Blues infused Rock and Roll. In his bio he’s described; musically, with his muscular guitar playing, emotive voice and anthemic lyrics, he’s absolutely his own heartland-style man. But, as with any great Rocker, you can tell this New Yorker has imbibed the vibe of some of the best musicians of our era. On the cut Lord I Try, from Douglas’s album Just Another Mile, the riff sticks with you like something by Keith Richards. The voice has the worldly weariness of Hunter. And the lyrics, which talk of a fruitless search for faith, sound like an all-night writing session between Lou Reed & Bruce Springsteen.

The new CD is off to a good start, and we feel fortunate to have experienced the official release. It’s obvious that the band has a good time playing together and enjoys getting the room involved with the tunes. We’re looking forward to sharing the talents of the Gary Douglas Band with Montauk at the MMF in May.