On May 18, award winning science teacher and NASA Solar System Ambassador, Paul Stengel gave a presentation at Bridgehampton’s South Fork Natural Museum (SoFo) entitled, “Next Stop Mars” For someone like me who witnessed the lunar module, Eagle, land on the moon, forty nine years ago on July 20,1969 brought by the Apollo 11 Spaceship, and who watched Mission Commander Neil Armstrong take his first step on the moon while pilot Buzz Aldrin and 600 million watched, this reporter was more than excited to learn that our next stop may be Mars.

I remember while working for Alitalia airlines and going to college, I heard that Ferdinand “Bongbong” Marcos, Jr., son of President and wife Imelda Marcos made reservations for the first commercial flight going to the moon. At the time, the airline everyone thought would be Pan American Flight #1 that flew around the world. Unfortunately, after President John F. Kennedy was killed, the space program came to a halt mainly due to lack of appropriation.

Ambassador Stengel’s talk gave us wannabe astronauts and astronomers hope especially with all the myriads of information we’ve learned about space travel including all the technological advances made today. With the help of inquisitive 8 years old, granddaughter Keira, who asked her grandpa great questions, this reporter learned a lot about Mars.

Some Mars Facts: Mars is half the size of our earth.A martian day is 24 hours and 37 minutes and a martian year is equivalent to 687 earth days compared to our 365 days. The planet’s temperature average is -80F at the summer equator and 70F during the day and -100F at night. Brrr!!
Mars, like Earth has four seasons, but the duration is twice as long, six month per season. We also know that there is water-ice beneath the surface soil which is a good sign for those searching for life as we know it. It has two moons, Phoebos and Deimos. Mars has the largest global dust storms, largest volcano in the solar system named Olympus Mons and largest canyon named Valles Marinaris.

What I found interesting is that Mars has no magnetic field like our earth and that it has an eccentric orbit. Its closest distance to earth is 35 million miles and the farthest is 250 million miles. Suffice to say, Mars is difficult to get to since only 1/3 of its mission have been successful. I also found out why Mars is called the Red Planet. Its surface appears reddish from a distance because of rusty dust suspended in its atmosphere.

The International Space Station ISS (that I see whiz by on many clear night in Montauk) will be doing research on Mars until 2024. NASA, Space X, Blue Origin and legacy aerospace giants, like Boeing and Lockheed, are determined to design and build the ships that will get us there, while competing mission architectures offered by Mars Direct, Mars One and NASA will tell us how to do it and survive 3 years away from home. “This time, the goal is not just to get there, but to stay.” According to Ambassador Stengel.

“Why do we want to go to Mars?” Mercury is too hot. Venus is hotter. Mars is the better candidate since we could live there because it has a “Goldilocks-zone” not too hot, not too cold-for water to exist on the planet. Also 22,300 earthlike plants have been discovered from previous missions. Whereas, Uranus, Neptune and Saturn are made up of gases and therefore not walkable. Threats to human species, overpopulation, climate change, nuclear war are some of the reasons to go.

Going to Mars won’t be easy. We all know that space travel is hazardous. There’s solar radiation, solar wind and solar flares to worry about. We must take medical needs into consideration. Astronauts with a doctors degree must be able to do remote surgery if necessary. Emotional stress is inevitable due to isolation and communication delay with loved ones on earth. A candidate must have a sense of humor and must be able to adapt to different surroundings in close quarters. Physiological changes such as lost of balance, vision changes and muscle atrophy due to lack of exercise needs to be weighed in when reserving a seat to Mars.

Brave ones who plan to travel to Mars have no expectations of returning back to earth. Ambassador Stengel says that once on Mars, many plan to stay and start a life in the new world to help the human species survive. When asked by this reporter if the movie “The Martian” starring Matt Damon was pretty accurate. His reply was yes, except for the dust storm. I think I will just watch the landing on Mars on TV as I did with the moon.

************************
The Montauk Observatory Inc.,MO is a not-for-profit organization with a mission to provide FREE year round educational programs, including astronomy lectures and professional planetarium shows. It also provides free remote access (via internet) from its research grade telescope to students, researchers, educators and the general public. Any donation is greatly appreciated. For more info and future events check www.montaukobservatory.com or e-mail MontaukObservatory@gmail.com 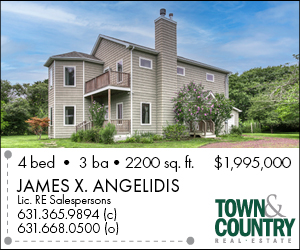