• This was the 10th Anniversary of the Lighting
• Estimated over 4,000 attended. 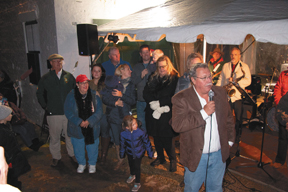 • Many tens of thousands will view in the coming weeks
• Lights stay on until January 4th
• Honor a person or family that has an outstanding contribution to the community.
• This year the Eckers were honored with “flipping the switch” this year. One of Montauk’s founding families.
• Specifically Ed, Catherine and Cheryl Ecker (Ed spoke on behalf of the family). 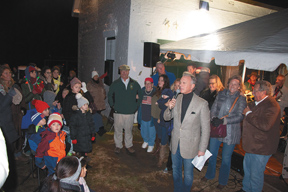 • Wayne Horsley, Regional Director LI State parks was asked to convey a personal message from Governor Cuomo.
• Past two year honorees were the White family and the Gosmans.
• Looks Great Services of Huntington was the Company that puts the lights up. As they have since year 1.
• Sarah Conway and the Playful Souls performed Christmas carols again. Also every year since beginning.
• Approximately 3800 lights. 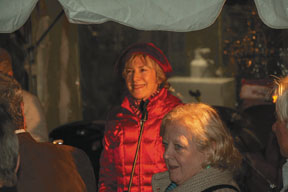 • Special thanks to Tom Dess and NYS Parks
• Also Special thanks EH Town Police and Montauk Fire Dept.
• Thanks to Lighthouse administration, staff and all the wonderful volunteers.
• Town put the Christmas trees up early this year which added to the overall celebration.
• Not a restaurant seat to be had in Town after 🙂
• Costs about $50,000.

Donations are welcomed from all!