During his 30 years in business, Jimmy Coronesi, owner of COR-J Seafood in Hampton Bays, had heard about unusual colored lobsters but had never seen one. But, on August 21, a big, bright orange lobster (called a golden lobster) showed up in a shipment to his seafood market from Maine. Michael Hanrahan, who works there and saw the lobster, said he was surprised to see such a different color in the mix of the usual red lobsters.

“It was such a bright orange, and weighed almost 2 pounds,” he said. “I have never seen one like this, so we saved it in hopes of donating it to an aquarium.” COR-J’s crew tried the Atlantis Marine World Aquarium in Riverhead, but had no luck. Noel Heinsohn, Director of Aquaculture at the Atlantis Marine World Aquarium, said that orange lobsters are rare–only one in a million–but that his aquarium already has two of them, plus a blue and a red lobster. “The rarest lobsters are the white ones, followed by yellow, orange, and blue,” he said.

“Unfortunately, we can’t take any more, as we are at our capacity.” He said his aquarium has had about a dozen calls from other people who have found them as well. “For some reason, there was an uptake in the population, and the orange lobsters have been showing up more this year,” he said. Heinsohn explained that these lobsters become orange through genetics–the coloring is a dormant trait.

“Out of each spawn, they have the potential to have one orange one, but they get picked off by predators because of their noticeable, bright orange color,” he said. They are able to live 80 to 100 years. Heinsohn also said these lobsters prefer colder waters, in the mid- 50’s, for longevity. Although rare, they are found throughout the entire Northeast Coast.

Heinsohn suggested the COR-J’s crew try the next closest aquariums–New York Aquarium in Brooklyn and the one in Mystic Seaport. If they can’t take the orange lobster, he said it should be released into the water near jetties or docks, where it can hide before making its way into the deep water. If released right into the open water, it will be devoured by predators.

But Jimmy Coronesi said he hopes to find this lobster a home in an aquarium. “A creature as rare as this should be cherished and kept so people can see it and appreciate it,” he said. https://www.corjseafood.com/. 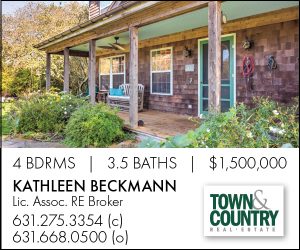