“The Whale photo that inspired the watercolor on the cover was bycatch from a shark cage dive I did with Sea Turtle Dive Charters. After my last shark cage dive I was in the cabin of the boat when I saw a humpback whale breach off the bow, my camera was sitting on the bench, I picked it up and ran out to the bow of the boat and screamed, do it again! And the whale did. I caught the whole sequence and did two watercolors, the first one is sold. Breach II is available through Sara Nightingale Gallery in Sag Harbor.”

Dalton’s work will also be in a holiday show through January 2, 2017 at:

This May, Dalton will once again be performing at the Montauk Music Festival, with his Band “Bastards of Boom”.  This past summer we heard some of his new originals during his performance at Westlake Fish House and loved them. We look forward to enjoying his music during the 2017 MM Festival where he will be on the main stage at the Green. 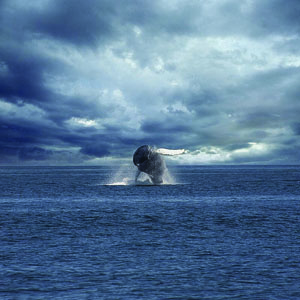 A few whales have been hanging out in Fort Pond Bay most of November, entertaining the sun setters that frequent the Montauket Bar known for Sunsets. Possibly because New York’s waters are healthier and more abundant with food than they have been in the past 40 or 50 years, combined with the deep waters of Fort Pond Bay, their migration south has been slowed.

New York has had many close-to-shore sightings this year; all along the South Shore of LI and even in the Hudson River. With the exception of the sad ending for a whale stranded on a sandbar in Moriches Bay, which was euthanized after 4 days, (it was believed the whale was not in good health that was part of the cause of it being stranded) it has been exciting to have close up views of these giant sea going mammals.

They can be found in all the world’s oceans, and usually frequent New York’s waters from July through September, feasting on schools of herring, sand eels and marine crustaceans like krill. 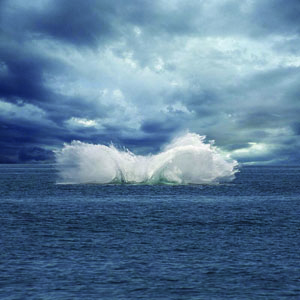 North Atlantic Humpback Whales feed in the Gulf of Maine and breed on the Silver Bank off the Dominican Republic. Scientists are able to conclude that Humpbacks are loyal to their northern feeding grounds, yet mix with other groups of Humpback Whales on their tropical breeding grounds. Mixing genes from different feeding populations is believed, among other things, to contribute to the resilience of Humpback Whales. At the end of the mating and calving season, Humpbacks return to their respective feeding grounds with the newborns following their mothers. Calves learn the route to their mothers’ feeding ground on the spring northbound migration and undertake the same 1,500-mile trip back by themselves every winter. Stellwagen Bank off Cape Cod may be an especially favored stopping-off place for new mothers who stock up on quantities of fat-rich sand lance. These small, pencil-thin, schooling fish also offer a relatively easy target for the just-weaned calves.