Fall brings tradition and fun-filled events each year to Montauk.

Three annual happenings bring the spirit of our close-knit community together for both enjoyment and charity.

Halloween is celebrated in a uniquely charming way here in town. Immediately following the school day, students, their parents, grandparents, teachers and friends dress in their grand costumes. Main Street is closed to traffic. Children line up by grade

level with Kindergartners leading the way as they parade the length of Main Street. At the procession’s end, Trick or Treaters let loose from one end to town to the other to receive goodies from each of the generous storekeepers. Halloween is celebrated in this safe, happy environment bringing smiles to all involved!

Also at this time of year, the Montauk Brewery has sponsored its annual Row, Bike Run event. This year’s competition included 33 teams. Stationary rowers kick off the event with a high energy 5,000m row, followed by each squad’s bikers competing for15k. The team’s runners then grind out a 5k, followed by the rowers again for 2,500m. Three rounds of each team’s chuggers’ efforts generate the winner of the last lap and all results culminate in the winning times.

The top three winning teams this year were: First Place – Cobra Command, Second Place – Truth and Third Place – Silver Foxes. This afternoon of activity, raffles and camaraderie is a fundraiser for The Old Montauk Athletic Club funds local scholarships available from the OMAC.

While no one looks forward to the closing of The Dock each Fall, we all look forward to the event upon which it concludes – The Annual Closing Run to the Dock. Early on a Sunday in November, runners and walkers of every age meet across from the Post Office. A minimal entrance fee is collected and all proceeds are donated directly to Montauk’s Food Pantry. The Friends of Erin, represented by a member and senior

runner, donated generously to the cause. The race to The Dock finishes with a smile from George Watson, a participation t- shirt and a complimentary beverage.

Fall is a festive season in Montauk! 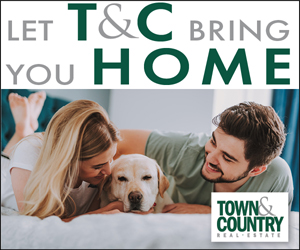