Located at 444 West Lake Rd. in the heart of Montauk Harbor, Uihlein’s offers an array of supplies, rentals and information for a fun day on the water in Montauk. If water sports are your thing than Uihlein’s is the place to check out for boat rentals, jet skis, water skiing, wake boarding & tubing.

New this summer!! Enjoy a guided tour of the LI Sound on Jet Skis. One or two-hour tour packages available from 8am, earlier if desire, till 12pm- a 5 Jet Ski minimum is required. Visit Gardner’s Bay, the Ruins, and the Montauk Light House. What could be better than experiencing a different view of these sites, up close from the water, while zipping around on a jet ski?

Gardner’s Island is located in the town of E. Hampton in Gardner’s Bay between the two forks. According to the history of the Island it was settled In 1639, on the basis of a grant by King Charles I,  by Lion Gardiner as a proprietary colony, the first English colonial settlement in what later became New York State. For over three hundred and seventy-five years it has been privately owned by the Gardiner’s and is the only real estate in the United States still held by a royal grant from the English Crown.

Lion Gardiner reportedly purchased the island locally in 1639 from the Montaukett Indians for “a large black dog, some powder and shot, and a few Dutch blankets.” The Indians called the island Manchonake, while Gardiner initially called it Isle of Wight, because it reminded him of the Isle of Wight in England.[6] The Montauketts gave Gardiner title, at least in part because of his support for them in the Pequot War.

The original manor house was built by David Gardiner in 1774 and burned to the ground in 1947.  Sometime after 1947 the current manor house, a 28-room manor in the Georgian style, was built by Sarah Diodati Gardiner, who was descended from Lion Gardiner. She died in 1953, still unmarried, at the age of ninety. She was a multimillionaire and left the island estate to her nephew, Robert David Lion Gardiner and his sister, Alexandra Gardiner Creel. They took possession of the island in 1963. 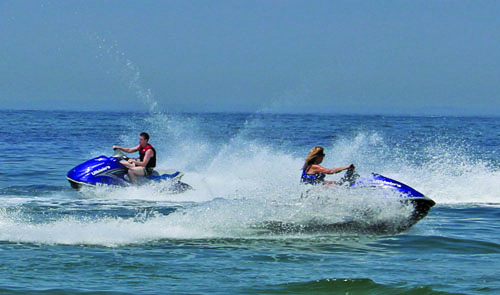 ‘The Ruins’ or Gardiners Point Island is a very small island in Block Island Sound just north of Gardiner’s Island.  It was the former location of the Gardiner Island Lighthouse from 1854-1894, as well as Fort Tyler. March 1888 a Nor’easter caused a break in the peninsula permanently turning the point into an island. Between 1890 and 1893 the island was shrinking at the rate of over 10feet per year. On March 7, 1894, the lighthouse was abandoned and shortly afterward fell into the ocean.  During the Spanish–American War the War Department appropriated $500,000 to build the Fort Tyler battery on the island (named for former President John Tyler who had married Julia Gardiner Tyler who had been born on Gardiners Island). The shifting sands caused problems for the fort as well and it was abandoned in the late 1920s.  After that President Franklin Roosevelt sanctioned the land as a National Bird Refuge and later During World War II the fort was used for target practice and was reduced to its present state where it is popularly called ‘The Ruins.’ It is now privately owned.

The Montauk Point Lighthouse is the oldest lighthouse in New York State. The Lighthouse was authorized by the Second Congress, under President George Washington, in 1792. Construction began on June 7, 1796, and was completed on November 5, 1796. It still serves as an aid to navigation. The Lighthouse was designated a National Historic Landmark in recognition of the property’s national significance in the history of the United States on March 2, 2012, by the Secretary of the Interior.

I haven’t had an opportunity to take the tour yet, but after spending an hour on the jet skis with my son I can’t wait. There’s nothing like the freedom you feel with the wind blowing through your hair and the thrill of exploring Montauk’s coast while riding on the water.

Don’t miss this amazing opportunity to see these historic sites by water. For more information call 631-668-3799 or visit the web site: