On a chilly January afternoon, I was fortunate enough to attend the 27th Guild Hall Student Art Festival opening reception at Guild Hall. Bustling with proud parents, grandparents and plenty of children, some showing off their art work, some preparing for or participating in a performance on the Guild Hall Stage. It was a beautiful scene, full of creative energy. 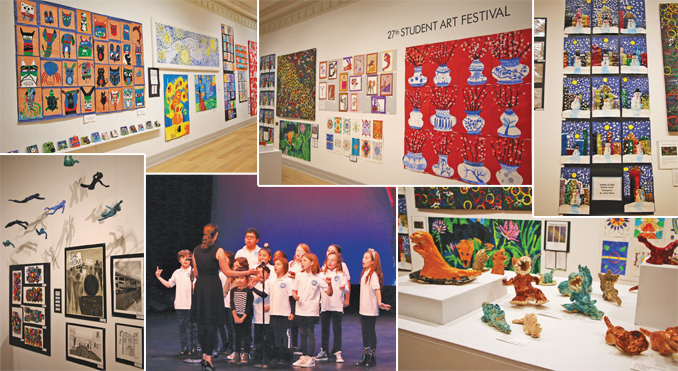 While we were there, we stopped in the theater and saw an amazing sign language performance by a young group of performers. We also viewed the student displays throughout both sides of the museum; each one was bursting with creativity. Among the pieces of art, were many from the Montauk School including a few murals and an array of pieces utilizing a wide variety of medium. Obviously our fine arts programs and instructors are doing an excellent job cultivating the love and craft of the arts for our children.

If you didn’t have a chance to see the show this year, be sure to mark your calendar for next year’s festival…it’s well worth the trip.