It was another busy two days in Montauk over the Mother’s Day weekend. Besides the activities of visitors to our seaside resort during this glorious weather, it was a day area mom’s were welcoming arriving company. There was so much to do and one of the successful events of the weekend was the tag sale on the grounds of Montauk’s Second House. As its name declares, built in 1797, it was the second house built in Montauk. As one would surmise, the years have taken its toll and this historical home is in dire need of repairs and updates, especially after this brutal east end winter. Now used as a charming museum formed by the Montauk Historical Society, an idea for a fund raiser in the way of a huge tale sale was decided. 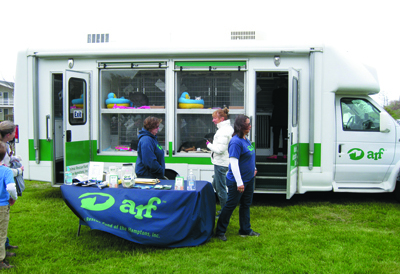 Television talk show host and author Dick Cavett, who has a home in Montauk, donated scores of tables worth of artifacts, small pieces of furniture, framed pictures and lamps for the sale. These items came from his home, named Tick Hall, which was originally designed by architect Stanford White in 1883. Along with other private vendors selling their wares of household items and collectibles, there was plenty to choose from for this worthy cause, raising money for Second House. 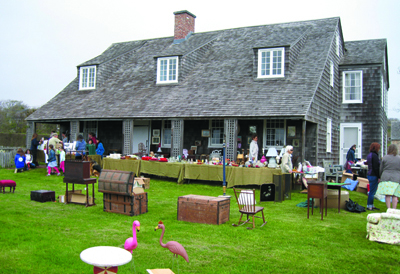 Adding to the festivities of the day, a large mobile van, from the Animal Rescue Foundation (ARF) was there on the grounds of Second House, too. Inside were adorable, adoptable dogs and cats waiting for a new home. (You can visit the ARF website and see the other dogs and cats still available http://www.arfhamptons.org) Each time a pet was adopted from ARF an announcement was made on a large megaphone and people strolling by vendor’s tables shopping all clapped in appreciation. It was another wonderful Montauk weekend!