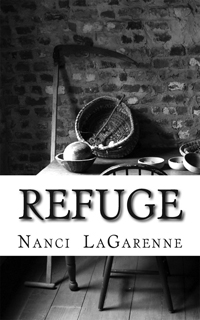 In her newest book, Nanci LaGarenne develops her story, Refuge, around a diverse group of women who have left abusive marriages and childhoods behind and banded together as they create new lives. Rain Taylor, known as Doc to her therapy clients at the domestic violence shelter where she volunteers and eventually with her boarders, is the foundation around which the other women rebuild their lives. By opening her home, they all call the Brownstone, the group becomes a unique and eclectic family; both supporting and challenging each other to move beyond their pasts to rediscover themselves. The four women, who ultimately joined Doc in the brownstone, came seeking Refuge and in turn change Doc in a way she could never have imagined. Their journey of self-discovery, forgiveness, and redemption happens through the power of friendship and strength of the human spirit, along with a bit of divine intervention and a whole lot of magic.

The hard reality of the characters’ abusive pasts aren’t easy to read, yet Nanci tells them in such  a way that the reader becomes personally involved in each woman’s journey; empathizing through their trials and struggles as if they were  personal friends. Although the characters are fictional, the issues these women encounter and survive are very real. As the stories are unfolding it’s impossible to imagine how even today these situations continue to plague women in our own communities and families-one would hope that in our advanced society these horrific abusive behaviors would be a thing of the past.

The damaged souls of the Brownstone are slowly healed through love and determination, and a fairytale final cleansing during a magical trip to Ireland. As Nanci beautifully described their journey, I was brought back to my own visit to Ireland over ten years ago and left longing to return. Her beautifully clear descriptive language helps the reader join the ladies on their scenic adventure that becomes part of their final process of rediscovery and magical endings. 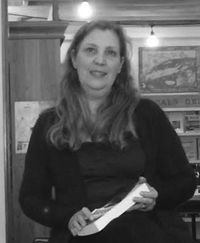 During a December reading of Refuge at A Tale of Two Sisters Bookshop in Montauk, the author revealed that she was inspired both by events in her own life and her time at the domestic violence agency in East Hampton, the Retreat, where she covered the hotline and worked as a child-care coordinator.  Nanci LaGarenne is also the author of Cheap Fish – a fictional story based in Montauk, and the co-author with her husband James and Caroline Upcher of Within a Whisper- a joint effort about the love story and rescue of their marriage.   For more information on her books, visit here website:  www.nancilagarenne.com .