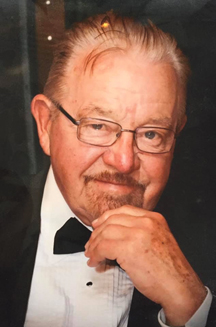 Paul George Neff, 87, passed away of natural causes in Montauk on November 15. Paul was born March 24, 1932 in Boston, Massachusetts, where he grew up with his sister and his parents Paul and May (Mottram) Neff.

He was predeceased by his son Gavin Mead Neff in 1985 and his sister Marilyn Goddard, of Attleboro, MA, last year.

He is survived by Brandon (Barbara-Jean) Neff of Montauk, Regan (Patrick) Moloney of Montauk, Gillian (Robert) Horowitz of Stamford, CT, and Morgan (Beth) Neff of Montauk, as well as his six beloved grandchildren Brandon, Madyson, Shane, Brianna, Logan and Gavin.

Paul fell in love with Montauk the moment he arrived in 1953 as a member of the U.S. Air Force. While in college at Boston University, he would return to Montauk in the summers to work at Surf ’n Sand. That’s where he met his former wife Nancy Mead Neff, whose family spent summers in Montauk. When they got married in 1958, the couple moved to Boston and started a family while Paul finished college and worked at WGBH-TV.

The family later moved to Pennsyvania where Paul earned his Masters on scholarship at the University of Pennsylvania’s Annenberg School. During that time they lived in a historic home in Germantown while renovating it and Paul worked at WHYY-TV.

In 1970, they moved to Merrick, NY, and then to Montauk while Paul taught at C.W. Post College and went on to run the communications center at BOCES – Board of Cooperative Educational Services. He won numerous awards for his television productions including “Room to Grow,” geared toward educating children through courses on video. He has been recognized for being at the forefront of “distance learning.”

In 1985, Paul and Nancy bought O’Murphy’s Pub. During his years in Montauk, he also invested in property along the water on Tuthill Road that has been developed into cottages known as Millionaire’s Row.