With keeping safe during these unprecedented times, many families are relocating, either permanently or on a temporary basis. Thousands of jobs have been moved from an office to a home work station, so there is no need to commute. Employees that live in New York City have the daunting challenge of finding lodging elsewhere for both health and other safety concerns. This may mean moving back home with family or finding new housing. If you or somebody you know is in this situation, don’t forget your mail and landline!

Many people gave up the idea of having a home “landline” and a cell phone. The extra expense was often unnecessary and people can be reached more easily by their cellular phone. Once a move has been planned it is vital that everybody is given the new information of your address and the best phone number to reach you. Years ago the post office would forward mail for six months after moving. This no longer applies and the time is shorter for forwards. It is important to notify friends, businesses, utility companies, banking institutions that you are moving well in advance of the actual date. You do not want personal or important mail to be sent to your old address or lost in the process of being returned to the post office. Also, late bill payments can incur a fee. Not everybody pays online yet, so writing and mailing a check takes time. Let people know if you have a new phone number. A friend related that after she moved to her new house, she began receiving calls meant for the person that previously had that number. Some calls were of a personal nature and others from a collection agency and they left messages. There were also calls from doctor and dentist offices looking to make appointments for annual checkups or to inquire about payments. The former owner, a schoolteacher, had numerous calls arrive early in the morning from several school districts, asking if she were available to substitute that day. Finally when the calls for subbing became too numerous, my friend had to call each school district to say that the number they were calling no longer belonged to the person they were looking to contact. That stopped the 5 a.m. calls from coming in now.

When you are planning to move, make sure you contact all friends and professionals that your telephone number is changing. If you do not have a new telephone number yet, just let people know that the old number will no longer be in service. With email, text messages and the cell phone, it is easy to circulate this information. Most important of all, business connections such as banks, credit card companies, utility, professional offices must be notified to prevent any errors being made concerning your personal information. Years ago, the phone company would keep an old number “out of service” for almost a year. Now with phone numbers needed for computers, fax machines, cellular phones, it is impossible to keep a number dormant that long. The turnaround time is considerably less. Taking care of notifications will protect your personal information from being dispersed via mail or by phone. 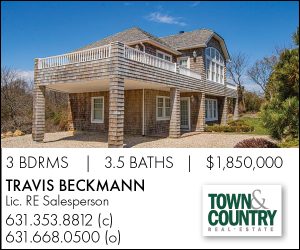