March turned out to be a month of saying goodbye to three of Montauk’s longtime residents. We lost Josephine Kenny on March 16, 2019, Joanne Rogé on March 22, 2019 and Anne Sweeney on March 24, 2019…the day of the Montauk St. Patrick’s Day Parade. 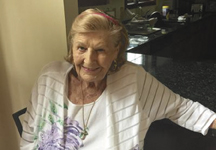 Josephine Mary Kenny was a woman born in Ireland who didn’t shy away from much. When she and her husband, Charlie Kenny, were younger and wanted a reprieve from their hectic business, Square Deal Auto Body on Manhattan’s West Side, they would hop on a motorcycle or fly their small plane to their weekend home in Montauk, landing on one of the fairways at the Montauk Downs golf course because the Montauk Airport hadn’t opened yet.

After moving to Montauk full time in 1957, with nine of their children already in tow, the Kennys opened Kenny’s Tipperary Inn on West Lake Drive. Mr. Kenny was also involved in other Montauk businesses, including the development of the East Lake Marina, before his death in 1994.

Mrs. Kenny remained active at the inn until her death from congestive heart failure on Saturday at her daughter Mary Ellen Schon’s house in South Windsor, Conn. She was 93.

Josephine Mary Kenny was born to Mary Ellen Brett Sweeney and Paul Sweeney on Aug. 13, 1925, in Clonmel, a town in County Tipperary, Ireland. Her family came to America when she was 2 years old and initially settled in the Yorkville neighborhood on the Upper East Side of Manhattan.

Mrs. and Mr. Kenny, her childhood sweetheart, were married on Dec. 29, 1945 — or about six years after he took her on their first date to see the theater release of “The Wizard of Oz.”

In addition to Ms. McGurk, of The Woodlands, Tex., and Ms. Schon, she is survived by eight other children: her daughters Joanne Mendillo of East Hampton, Conn., Patricia Bennett of Moodus, Conn., and Kathleen Dittrich and Theresa Menter, both of Lake George, N.Y., and her sons David Kenny of Lake George, Charles Kenny of Saratoga Springs, N.Y., Edward Kenny of Montauk, and John Kenny of Coconut Creek, Fla.

In addition to her husband, Mrs. Kenny was predeceased by a son, Lt. Michael Kenny, a daughter, Eileen Kenny Kim, a great-grandson, Grady Gosman, and three of her brothers: Patrick Sweeney, Edward Sweeney, and Michael Sweeney.

When not busy with family and business, Mrs. Kenny liked to watch professional sports, particularly her beloved Yankees, and she enjoyed her time at the Montauk Senior Center, especially on bingo day. 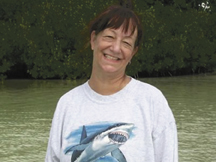 Joanne Doris Rogé was gifted at many things. She was a chef, an artist who liked to draw and paint and once ran a silkscreen company in Montauk, and a self-taught musician, who made her children laugh with stories about her school years when she sometimes cut classes and went to the Bronx Zoo to play her guitar.

Ms. Rogé, who was 66, died in her sleep at home in Montauk on Friday. The cause of death was undetermined, pending results of an autopsy.

Ms. Rogé was born on April 29, 1952, in Yonkers to Harrison Nye and the former Doris Stewart. She grew up on City Island in the Bronx, not far from the Stepping Stones Light, which sits off the southern tip of the island and marks the main shipping channel into New York. The family plans to spread Ms. Rogé’s ashes there.

Ms. Rogé helped her husband, George Gallaway, whom she married on Dec. 15, 1996, at the Sail Inn, his Montauk restaurant, bar, and motel, on West Lake Drive.

In addition to her husband and her daughter Jaclyn Rogé, who lives in Ponte Vedra Beach, Fla., and her grandchildren, Ms. Rogé is survived by two other children, Linda Rogé of Rochester, and Michael Ritsi of Montauk. Also surviving are a sister, Diana Murphy of Montauk, and two brothers, Bill Nye and Tom Nye of City Island, N.Y.

Anne and her husband Patrick moved to Montauk in the fifties to open East Late Fishing Station (now East Lake Marina) with Charles and Josephine Kenny and later built and opened Sweeney’s Motel. They later also opened a candy store in town (Fudge & Stuff) which the grandchildren always enjoyed visiting!
Anne was a beautiful spirit, had an unforgettable smile, loved being with her family and enjoyed life to the fullest. There will be a graveside service on April 6th at the Most Holy Trinity Cemetery in East Hampton at 2 pm.