One of the most exciting events on the East End is the annual Hampton International Film Festival (HIFF) that arrives in October. This year the 22nd annual festival takes place October 9 – 13, 2014 (Thursday through Monday). Film makers, writers, producers, direc-tors, actors and celebrities arrive from all over the country and around the world to be part of this event! If you love films, want to see them before they are commercially released and most entertaining of all is seeing celebrities in person, this festival is for you!

The Hamptons International Film Festival was founded in 1993 to celebrate independ-ent film- long, short, fiction and documentary and to introduce a unique, varied spectrum of international films and filmmakers to the public. The Festival is committed to exhibiting films that express fresh voices and differing global perspectives, with the hope that these programs will enlighten audiences, provide invaluable exposure for filmmakers and present 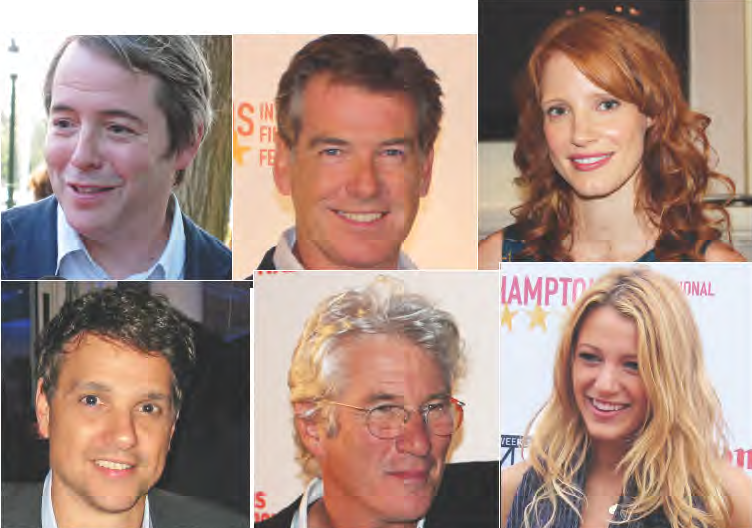 inspired entertainment for all. Taking place among the charming seaside historic villages of Long Island’s East End, the Hamptons International Film Festival’s intimate, informal atmosphere makes the festival an ideal destination for cinephiles. Movie goers can purchase all inclusive passes that allow admittance to any film of their choice, workshops, lectures, “Conversations with” as well as parties with the industry’s filmmakers, actors and directors. Tickets for individual movies are also available for purchase, with buyers picking their own selection either in advance or on the day of the showing.

We have been attending this event for over ten years and one of our favorite parts of the five day festival is the chance to meet the people involved in the films. After many of the films are shown there is a Q & A session where several of the people involved in the making of the film are in the theatre to answer questions from the audience. This may include the actors, writer, director or producer. Did you ever watch a film and wonder, “how did they come up with an idea for that movie?” Or
“why did the character do a particular action?” “Why did the writer end the film that way?” Many people have wonder what the actors did to prepare for the role or how did they train for the part, especially if a certain talent was involved, like as playing an instrument, dancing or something physically challenging. All of these questions finally get answers at these stimulating after viewing conversations.

Over the years we have seen films at HIFF that have gone on to become box office hits and many of them have been Academy Award winners or nominees. HIFF calls these films that are predicted to become nationally or world known “Spotlight Films” and their picks have been on target. In 2010 it was a particularly successful festival with the premiere of The King’s Speech, The Black Swan and 127 Hours. The following year, The Artist was 2011’s breakout film and in 2012 came Silver Linings Playbook and ARGO. Last year’s picks for the 2013 festival included 12 Years a Slave, Nebraska and Osage County, which were also award winners.

The HIFF is also a chance to feel like part of the events often seen on television in Hollywood such as red carpet walks, celebrity interviews and world film premieres. All this takes place right here in the Hamptons. Autumn colors start to peak, temperatures are still comfortable, seasonal produce appears on menus and lodging establishments are still warmly entertaining their guests. What better time to visit the East End than during the five days featuring award winning films produced by acclaimed talents in the industry? If you have never attended this film festival, don’t miss it! For more information about the Festival, or to purchase tickets in advance, visit their website at at www.hamptonsfilmfest.org