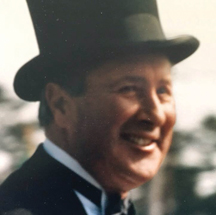 Mr. Tuma is survived by his children, Frank Tuma of Palm Beach Gardens, Fla., Lexa Dispirito of Montauk, and by three grandchildren Jason, David and Frank. He was predeceased by his wife Marion Walker and sister, Vivian Darenberg.

Mr. Tuma was born into a fishing family on April 29, 1924. His father, Frank J. Tuma, started the first charter boat business in Montauk after coming to the hamlet with the Coast Guard during World War I. His mother was the former Hilda C. Baker of East Hampton and had insisted that her son be born in Brooklyn where some of her relatives lived. Three days later, the young family arrived in Montauk.
In Montauk, for most of his life, Mr. Tuma has deep roots in the fishing community and beyond 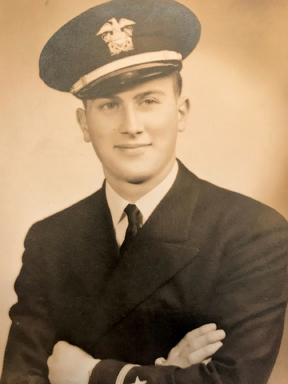 including: A member of the Lions Club, the chamber of commerce, and the Fire Department and its ambulance company, the grand marshal of the Montauk Friends of Erin’s St. Patrick’s Day parade in 1987 and being honored in 2017 by the Friends of Erin and East Hampton Kiwanis Club as “Fishing Legend of the Year.” In addition, He had been elected as an East Hampton Town Trustee and Montauk Fire Department commissioner and was a member of the Southampton Golf Club since 1962.

Memorial donations have been suggested to the Montauk Fire Department, 12 Flamingo Avenue, Montauk 11954, or the Animal Rescue Fund of the Hamptons, P.O. Box 901, Wainscott 11975.

Writing a dedication about a man with such deep roots in a small community such as Montauk is two-fold; both an honor and a bit overwhelming. Last August, Frank was honored as the “Fishing Legend” at the annual Grand Slam Fishing Charity Fishing Tournament run by the Montauk Friends of Erin & East Hampton Kiwanis Club. So to properly capture his essence, I thought it appropriate to re-run his Biography written last summer by Debbie Tuma: 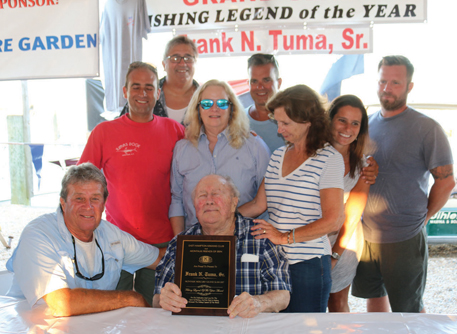 His father was an avid fisherman, and ran a lobster boat, and later, got the idea to start the first charter boats, along with his brother, Charlie Tuma. They would take tourists who came out on the LIRR, and take them sport fishing, which eventually started the sport fishing and tourist business in Montauk. Young Frank learned the fishing business from his father, and he joined him first in commercial fishing, and later got into charter fishing.

Frank Tuma, Sr., now 93, graduated from Montauk Grade School and East Hampton High School, in the Class of 1942. He met his wife, Marion Walker, in high school, where they were both in the same class. Frank then went to Colgate University, where he majored in industrial psychology, until he decided to enlist in the Navy during World War II. He served four years as a navigation officer on ships, in destinations around the Mediterranean, including Italy, Sicily, Malta, and France, and also in North Africa. After the service, he returned to Colgate University and graduated in 1947. He worked briefly at IBM in Manhattan, and then decided to return to sport fishing in Montauk. He owned and ran several charter boats, including the Gannett, Seafoam, and Fisher’s Island.

Simultaneously, Frank Tuma’s father, Frank, Sr., had started Tuma’s Dock in the late 1940’s, which back then consisted of a tackle and gift shop, and the first Montauk charter service, for sport fishing boats. Tuma’s Dock was located between Salivar’s Dock and Duryea’s Dock. Hilda Tuma ran the charter service, until her husband’s death in 1961, and then her son, Frank Tuma, Sr. helped her with that and the tackle shop.

“I was amazed that we booked about a thousand charters a year, and we also started the first split charters, for people who did not have their own group, and we could split them up on different boats, said Frank Sr.”

Tuma’s Tackle Shop, which is now a restaurant called, “Swallow,” also added on a restaurant of their own, called, “Tuma’s Clam and Chowder House,” back in the 1980’s. It was run by Frank Tuma, Sr.’s children, Lexa and Frank, Jr. In 1990, Frank Tuma, Sr. sold Tuma’s Dock to John DeLuca, and it became known as “Johnny Marlin Dock,” where there was also a restaurant by the same name.