We pulled out of the Marine Basin around 7am with Mary Ann, her daughter Emma, son Enzo and Jack. It was Tuesday August 18th. We were looking for sharks. Thunderstorms, rain and lightning throughout the early morning hours had delayed our departure. After steaming 11 miles south of the lighthouse, we were on a consistent spot at the top of Block Channel. As one local Captain once said to me, “everything comes up Block Channel.”

We threw a bucket of menhaden/bunker chum in the water and I got some dead baits in the water at 90, 60 & 30 feet to cover the top half of the water column. I cut a bunch of chunks and threw them all around us to announce our arrival. I rigged a bottom rod and caught a ling off the bottom. I got the live ling bait out. Then I showed Enzo how to hook ling on the bottom. Nothing better than showing a kid how to fish. It took an hour or so before I spotted the ling floating and the rod bent over with the reel about to sing. I pulled it out of the rod holder. The drag was just below strike. I had checked the drag pressure on all the reels and made sure they would set the circle hooks we use to preserve sharks. Circle hooks set-up in the corner of a mouth. They make it easier to release a fish unharmed by not “gut hooking” it. I showed both Enzo and Jack how to fight the fish in the rod holder by pulling the line down and reeling. A method you see on “Wicked Tuna.” They both handled the shark with ease. We had a blue shark start eating the chum bag. It was time to lock up the drag on him after we hooked him. I “tuckered him out” by holding tight while he slashed and swirled at the boat. Once he realized it wasn’t “easy pickings” in the slick, he moved on.

The trip was drawing to the end and Captain Dan told me we would be leaving soon. Suddenly, a Shortfin Mako darted into the slick. Everyone got a kick out of watching him fly around eating chunks. He wouldn’t take a ling, but Dan got him to eat a rigged mackerel. It was game on for fourteen year old Enzo. He caught and released his first Mako. Dan and I knew it was a perfect ending. It was time to turn the 36 foot Calvin Beal for home. 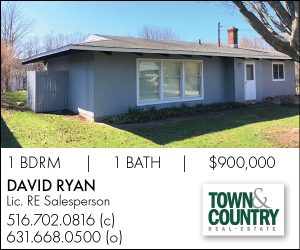