Although tropical storm Fay had moved into Eastern Canada by July 12th, it’s remnants remained when we left the dock on Monday July 13th at 9:00am. Knowing the ocean was churning with heavy seas we headed northeast to an area producing some nice Black Sea Bass. I told Steve, Pat, John and Diane that we would start the trip bottom fishing on the north side. Later in the day with conditions allowing we would try drifting some live bait around the lighthouse. Fishing was tough in the beginning so I optimized our chances by having five lines baited and ready. Steve was working a jig. If one of the anglers came up with an empty hook, a new baited rod went down. If an angler wanted to take a break, their baited rod sat on the bottom in the rod holder being watched for bites. Lots of 13 & 14 inch sea bass came up. Sea bass must be 15 inches or bigger to keep. A few nice porgies came up too. Suddenly, Steve started grunting with the jigging rod. He had something digging hard to stay down in the 80 foot deep water. After a short battle he landed a beautiful Black Sea Bass.

Captain Dan decided it was time to head into the fog surrounding the lighthouse. We started our 1st drift with one bite after another. When our live baits came back half eaten, I knew Bluefish had destroyed our baits. It was time to move for the last drifts of the trip. With a couple drifts left, Diane landed a 27 inch striped bass. One inch too short of the 28 inch minimum length. The fish gods were testing us. Finally, on the last drift a big bass ate our live eel and it was game on. After having a couple fish take us into obstructions, I decided to fight the fish for a little bit and make sure this big girl was going to play nice. Pat told me to take the fish, but I knew better. After feeling her rub me around a few obstructions, I felt a steady head shake and handed off the light tackle rod & reel to Pat. He fought the three and a half foot Striper like a pro. We fish heavy drags to limit fight times. Keeping these big fish alive is a priority. We quickly netted and removed the circle hook from her mouth. Dan handed Pat the fish which was so alive she smacked Pat in the chest with her tail as she slid out of his light grip head first and swam quickly away. The new marine water 2020 NY striped bass regulation is a minimum of 28 inches to a maximum of 35 inches. This female was too big.

The trip flew bye. We caught lots of fish. The post storm trip had it all.

Sunny weather on the north side. Thick fog around the light. We caught porgies, sea bass and striped bass with laughter and smiles. Mission accomplished. 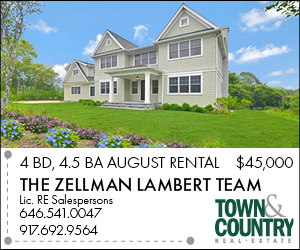