“From Plankton to Whales” with Christopher Paparo 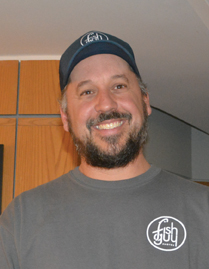 On Thursday, April 5, Friends of the Montauk Library hosted a program “From Plankton to Whales” presented by Christopher Paparo also known as Mr. Fish Guy. The Manager of Marine Science Center at Southhampton campus of Stony Brook University passionately showed rarely seen pictures and videos of marine life that exists in Long Island from tiny planktons to huge whales and their order in the chain food.

Marine life such as porgies, black fish, sea bass, blue crabs, lobsters and harbor seals are well known to fishermen in the area. Whereas dolphins and octopuses also exist but are seldom seen. The fact that it is the male seahorse that gets pregnant and is able to spawn 1500 offsprings at once only to be eaten by larger predators was interesting and sad but necessary for the survival of other species. Mr. Paparo noted that seahorses are found among seaweeds and are often over looked by beach goers due to their minute size.

I specifically enjoyed watching the underwater video of a sea robin walking across the bottom of the sea bed using its six tiny legs to hunt for prey. It brought back fond memories of the fun I had in hooking and reeling one in while camping at Hither Hills because of their fighting spirit. Most sea robins are discarded and not eaten and are nicknamed Trash fish because they eat almost anything. Personally, I think they taste like whitings. I also recalled catching blow fish also known as “chicken of the sea” with its poisonous head and delicious tasting tail, watching them blow up like a balloon.

Photos of thousands of bunker fish spread miles across the ocean and a whale with its mouth wide open rising from underneath them, swallowing hundreds in one gulp was fascinating to see. Mr. Paparo also explained how he and his team tagged herrings in Riverhead and transported them to Shinnecock only to be found back in Riverhead. It was interesting to note that those that were spawned in Shinnecock, remained in Shinnecock. He also introduced a shark named Montauk that was locally tagged and was later reported to be swimming in Africa, thousands of miles away.

Towards the end of the program, Mr. Paparo discussed questions asked by one of the attendees regarding the pros and cons of building off shore wind farms to alleviate the rising cost of electricity. He reminded the group to slow down from their busy schedule and to take the time to appreciate the abundant wildlife that exists in Montauk and the rest of Long Island and to learn how to protect our environment.

Coming Up In May…

On Saturday, May 5th, the Shtrykov-Tanaka Duo will perform a magnificent and memorable concert of clarinet sonatas composed by Brahms, Saint-Saens and Poulenc toward the ends of their respective careers. An outstanding performance by two sensationally gifted and acclaimed virtuosi. The Shtrykov-Tanaka Duo — comprised of clarinetist Maksim Shtrykov [pronounced: sh-TRY-koff] and pianist Misuzu Tanaka– performs throughout the U.S.A. Clarinet and piano duos are still rarely presented on the modern concert stage despite the immense repertoire. Through innovative programming, master classes, and recitals, the mission of the Shtrykov-Tanaka Duo is to bring about a resurgence of interest in the superb instrumental dynamic of the piano and clarinet repertoire. The Duo’s newly released debut album “Epilogues” focuses on the last works of three leading composers – Johannes Brahms, Camille Saint-Saëns and Francis Poulenc, who, in their later years decided to write for the rich sound and soulful expression of the clarinet, a reflection of their maturity and mastery.
The Concert will include these works: