The 64th Annual Blessing of the Montauk Fleet took place on June 9, which was luckily a radiant, sunny day to be on the water. This big event is put on each year by the Montauk Boatmen and Captain’s Association, and also organized by Capt, Frank Braddick of the “Hurry Up” boat. As usual, over 100 boats of all kinds lined up in a glorious procession and paraded past the East Hampton Town Dock, as crowds looked on.

The Ebb Tide boat took out the members of the clergy and the families of the fishermen, mates, and others who worked on the water, who died in the past year. Aboard the Ebb Tide were Reverend Thomas Murray of St. Therese of Lisieux Roman Catholic Church, Reverend Bill Hoffman of Montauk Community Church, and Reverend Dennis Brunelle of St. Luke’s Episcopal Church of East Hampton. They all raised their hands to bless the boats as they went by, for a safe fishing season. This year, we even saw Billy Joel’s boat, Alexa Ray, in the procession.

After the blessing, which took well over an hour, all the boats paraded out of the harbor to the Bell Buoy, and circled around the Ebb Tide, as the families threw in flowered memorial wreaths, created by Pete’s Potting Shed, which floated in the water. Music and taps were played, commemorating all those fishermen and others on the water who died in the past year.

This year’s music included the National Anthem by Renee Akkala, Bagpipes by Tom Gruhn and Patrick Roniger, and Taps by David DaSilva.

After the wreath ceremony, the boats tooted and steamed back to the docks for a celebration to kick off the 2019 fishing season! 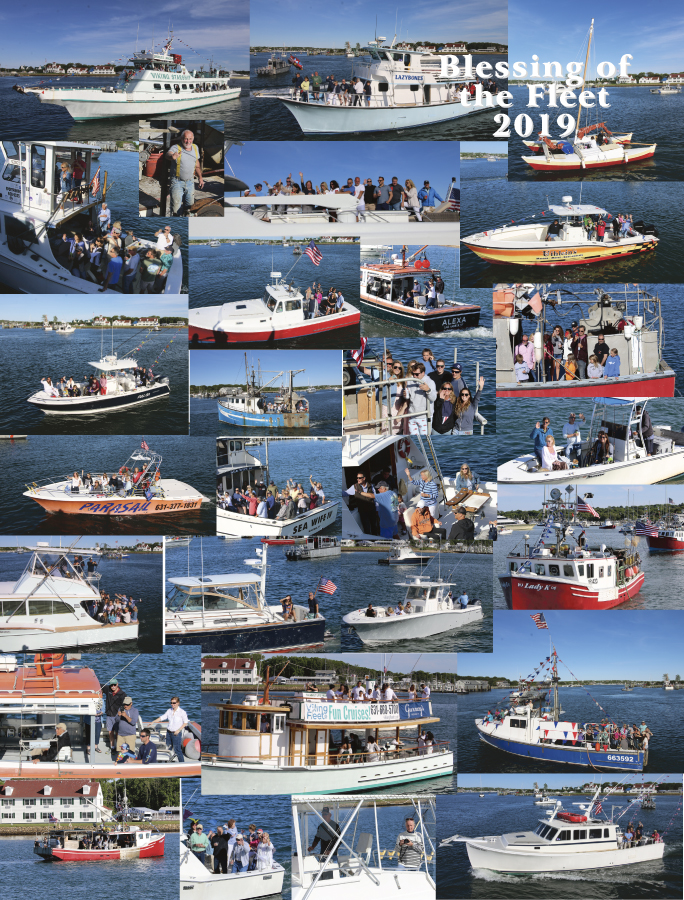 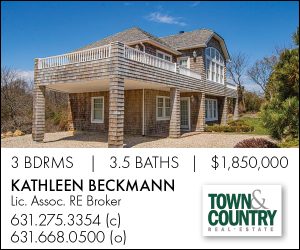