According to East Hampton Town Superintendent of Recreation John Rooney, the 41st Annual “Turkey Trot Run For Fun” in Montauk on Thanksgiving Day had the largest turnout in its history,

The Montauk Chamber of Commerce building had participants lined up out the door ready to take part in the 3 mile or 6 mile races that started at 10 a.m. Race founder John Keeshan and Bob Beattie of official timers’ Island Timing, directed the official start.

The Montauk Food Pantry receives the benefits from this race. 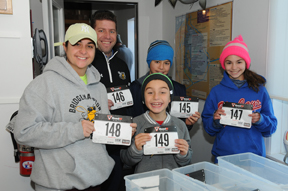 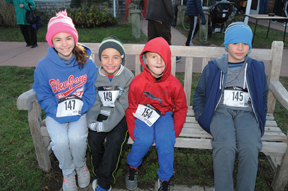