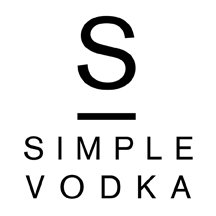 Imagine creating a company that is built upon multiple humanitarian and environmentally sound concepts that everyone talks about. Sounds too good to be true? After just a year of production, Simple Vodka is well on their way!

Simple Vodka was created for the purpose of ending food insecurity in America. Since its inception in 2015, and launch in 2017 co-founders Danny Lafuente and Dan Maslow are making a difference one meal at a time! Together, they saw a need, researched and discovered that 50 million Americans go hungry every day, then came up with a solution.

I had the opportunity to speak with Danny Lafuente and he explained that Simple Vodka was created literally from the ground up with the sole purpose of bringing awareness and making a change. “With the magnitude of the hunger issue in America,” Danny commented, “not enough people know about it.” Their goal was to find a brand/product to solve or at least help the hunger problem in a big way. Finding something that is fairly ubiquitous- to which they would give an extra purpose- was their quest. He recounted that after ruling out a number of products the answer came in an Ah-Ha moment they experienced one evening over a drink; they were staring right at it. “The vodka in our Moscow Mule, and in most mixed drinks can be just about any brand. So why not give ‘vodka’ the extra purpose of funding food service organizations that feed the hungry and creating greater awareness?” reflected Danny. Born was the idea to make vodka “our medium to getting to our ultimate outcome of fighting and ending hunger in America.” Produced in an environmentally conscience way, the product is helping provide meals and is making a difference; over 100,000 meals donated just last year.

The Dans researched dozens of organizations working on hunger relief programs across the country, specifically supply chains and how they feed those in need while also reducing food waste. They discovered that while most food is donated and pre-sorted by volunteers, the cost of storing the food and delivering it from fulfillment centers and food banks to those in need is high. These organizations need financial help and that’s where Simple came in – the Dans found their solution to fighting hunger in America. A price point balance was another goal when they were developing the idea. How to penetrate the marked with something people really enjoyed that could be affordable – accessable, while not a well vodka, yet not premium. The savings of production are passed onto the consumer and ultimately increasing donations.

After spending two years figuring out the product choice, then researching and developing a ‘world class’ vodka of superior taste with sustainable practices and a social impact, Simple Vodka was born. SV won the Double Gold last year in the San Francisco World Spirits Competition, in recognition of the vodka’s high-quality, premium taste, flavor and mixability. This is not a marketing gimmick, they pay as it comes off the production line. Fighting hunger one bottle at a time with their donation of 20 meals per bottle produced -sold, donated, or broken- to local and national organizations is projected to reach 1 million this year and 30 million by 2020!

“Connecting vodka and hunger captures people in an unlikely venue” continued Danny. “Although they can support the mission without having to buy vodka.” The goal of 30 million meals by 2020 includes other opportunities like using their empty delivery trucks to help deliver meals which is a big cost, hosting volunteer parties, and even selling ‘Simple’ merchandise.

Handcrafted and distilled in eastern Idaho, Simple Vodka is gluten-free and made solely from locally sourced russet potatoes and fresh water from the Snake River Aquifer. Their product is produced with limited impact on the environment. Its four-column fractional distillation process generates less energy and produces less waste than any other method, thereby allowing the vodka to be distilled only one time. Astoundingly, it takes them only 6 days from plucking the potatoes from the ground for the vodka being bottled and on the truck which significantly reduces energy use! And if that’s not impressive enough, the waste is recycled. Supporting sustainable, local production systems, as the distillery’s eco-friendly manufacturing methods include using sustainable energy sources such as wind turbines, wastewater recycling and byproduct upcycling. This means that distillation byproducts are separated, the water is filtered back into the system, and the potatoes are dried and combined with vegetables to create a compost feed. The goal is to be 100% Carbon neutral by 2020- for their entire production process. http://simplevodka.co

‘Wholly and completely’ doing their part for awareness, yet understanding the direct link between food waste and food insecurity means that Simple Vodka is just a part of the equation. The founders realize that the production and purchase of Simple Vodka for food donation must be coupled with other innovations. The underlying premise is that by getting the word out and changing how people behave is a larger part of the same equation. They have a small team working hard for their mission which coupled with determination for increasing a ‘general awareness’ of the hunger issue is monumental. Most importantly, they believe individuals need to limit food waste which would make more food available for those having a hard time affording food. One way is by increasing the number of major food retailers to donate bruised or ‘almost’ out of date products, within the small window available, to organizations who can incorporate it into meals. As a result the amount of edible food in our landfills will decrease along with the number of hungry people in our communities. However, being a good neighbor and helping out at community shelters, food service groups, and food pantries is doable for all of us.

They don’t just talk the talk, they are walking the walk. Although Danny said that the idea for this concept developed when he and his college roommate Dan Maslow were doing some work together in Miami when after catered events they would bring the untouched left over food to local shelters. Realizing that every time they went, there were different faces led them to think about why so many people needed food. They discovered that it’s not just people who are homeless that need food, it’s also among others, single moms trying to make ends meet and children taking care of elderly parents who also need assistance. Ultimately, ending the food insecurity problem in America became their mission.
During our conversation I could hear his passion and commitment to this cause, so I asked Danny why? Why did he donate those food trays? Where did the seed for this social awareness begin? After a moment’s hesitation he told me that at three, his mom came from Cuba to America with her parents who struggled and eventually built a good life for themselves. Yet through it all, they instilled in Danny values that have obviously become the roots of his present mission. They never forgot where they came from and taught him that no one in this world should be looked down upon, and most importantly to ‘leave the world a better place.’